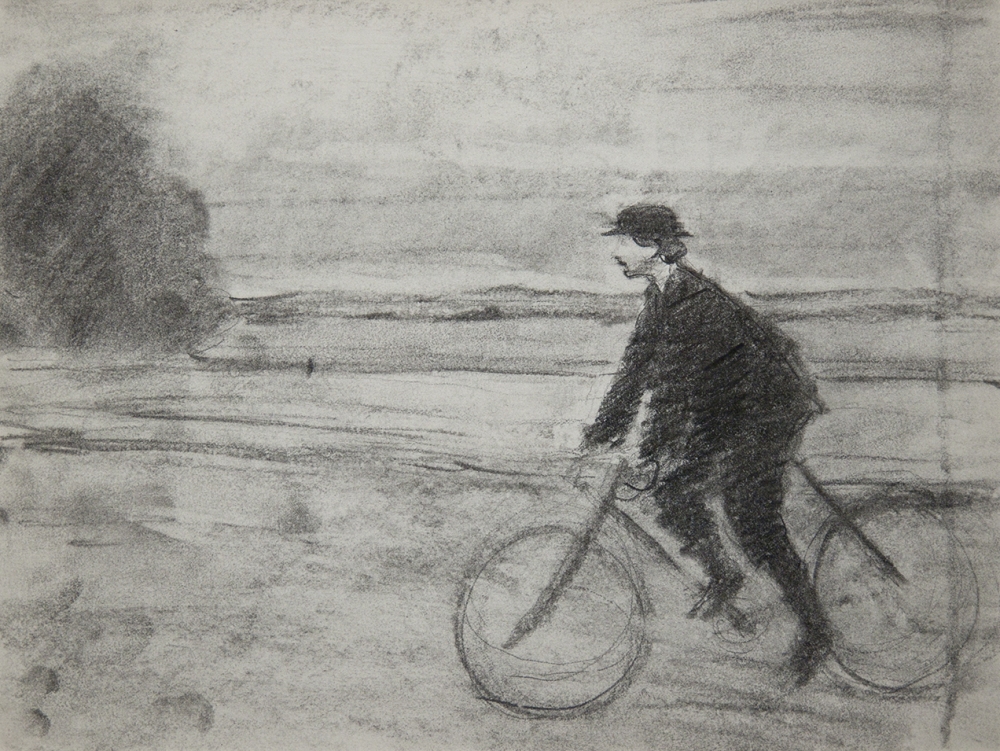 Locks Gallery is pleased to present Thomas Chimes: The One Who Whispers, which investigates Chimes’ connection to literature, science, and ephemerality through the artist’s white paintings, spanning from 1980-2009.

The subjects of Chimes’ ethereal portraits done were often his artistic and literary heroes. Alfred Jarry, the French poet and playwright and originator of Pere Ubu, was a frequent subject. Having discovered Jarry in the early 60s and sketched drawings of Ubu in 1966, Chimes’ first painted image of Alfred Jarry dates to 1973. Chimes also painted literary figures including Edgar Allen Poe, Robert Louis Stevenson, and Charles Baudelaire.

While much of Chimes’ work is deeply indebted to literature, each body of work maintained structured systems that dictated the composition– a process-based manifestation of the classicist and symbolist ideals in his work. In Exploits & Opinions of Dr. Faustroll, Pataphysician by Alfred Jarry (a seminal book to Chimes and his artistic practice), the narrator states, “For we are both of the opinion that if one can measure what one is talking about and can express it in numbers, which constitute the sole reality, then one has some knowledge of one’s subject.” This bold statement would become the subject of multiple late white paintings, and simultaneously represents Chimes’ own ideology to use geometric compositional systems to manifest Jarry’s ‘pataphysics within the visual arts.

In the white paintings, Chimes deliberately revealed and concealed information through the skins of glaze and pigment. He would work into the white ground and then wipe away leaving only a suggestion of the subject captured within the ethereal fog. The portraits, and in the later paintings, text and constellations were enshrouded in a glowing luminosity on the cloud-like surface of the painting.

Thomas Chimes (1921-2009) was a Philadelphia based artist whose practice was deeply rooted in an engagement with literature, alchemy, and classical Greek math and philosophy. With a prolific career spanning five decades he had four major periods of work: the crucifixion paintings (1958–65), metal box constructions (1965–73), panel portraits (1973–1978), and white paintings (1980–2009). His work has been exhibited at the Whitney Museum of American Art, New York City, NY; The Royal Hibernian Academy, Dublin, Ireland; The Institute of Contemporary Art, Philadelphia, PA; The Contemporary Arts Museum, Houston, TX; The Benaki Museum, Athens, Greece; Galerie der Stadt, Tuttlingen, Germany; and The National Portrait Gallery, Washington, D.C. In 2007, Thomas Chimes was the focus of a major monograph and retrospective at the Philadelphia Museum of Art organized by curator Michael Taylor. In 2013, a subsequent publication Into the White was released coinciding with a touring European exhibition, examining his celebrated later work.